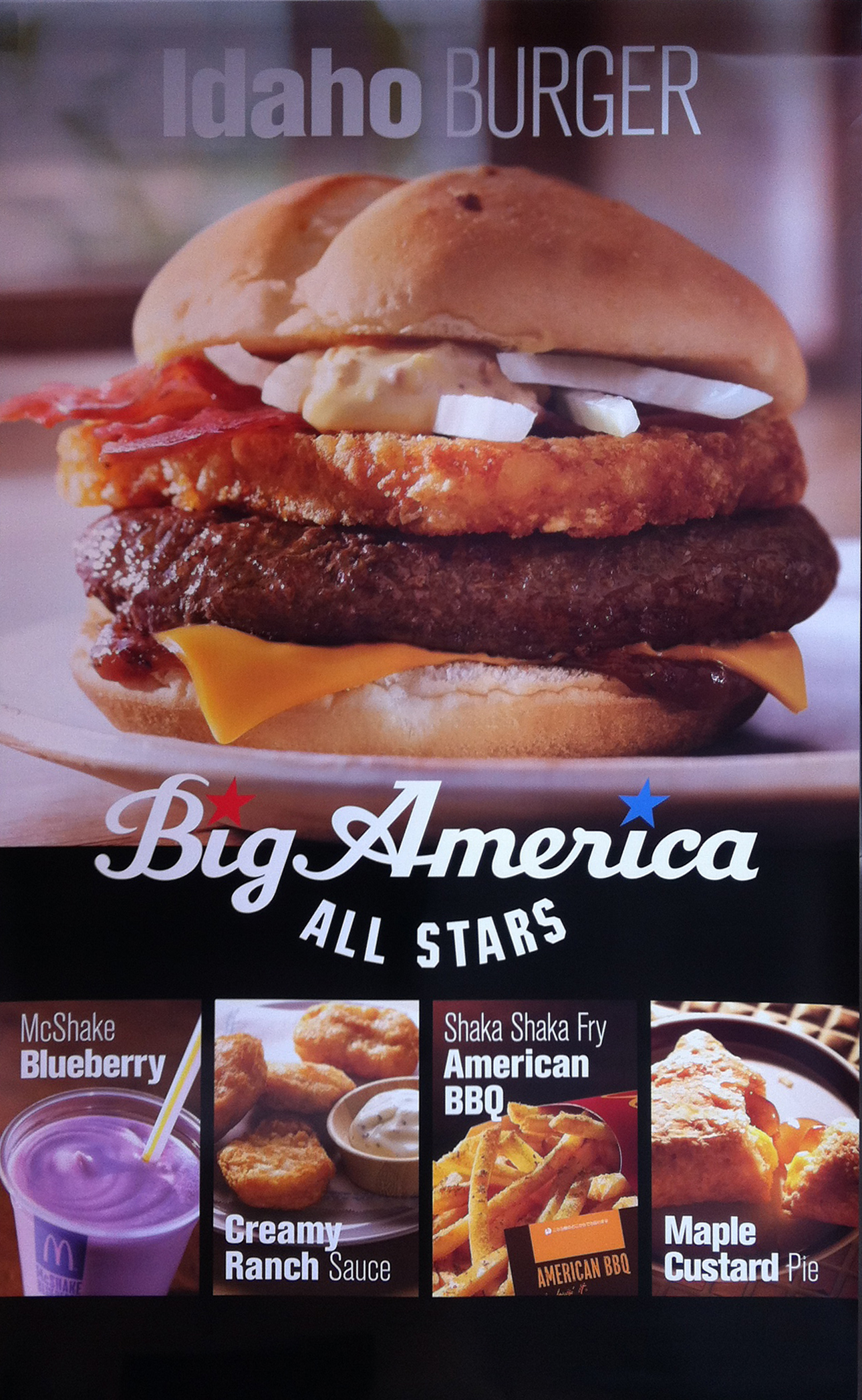 Your eyes do not deceive you: right there between the mustardy-mayo and the all-beef patty is a honkin’ deep-fried swadge of hash browns. In an attempt to challenge the Gurakoro for carb supremacy, this Idaho Burger sneaks in the equivalent of a side of fries, in addition to the side of fries. And see how the patty hangs over the bun? This would be serious patent infringement in the States, because one of the things that made Japan’s top-selling native burger chain Mosburger famous is the meat-is-bigger-than-the-bun innovation.

A young woman is found dead in an abandoned car, with a pair of strangers old enough to be her parents. Their suicide note apologizes for a disaster that hasn’t yet happened. And someone is stalking the…read more

Jonelle Patrick's Only In Japan Would You Like Fries On That?