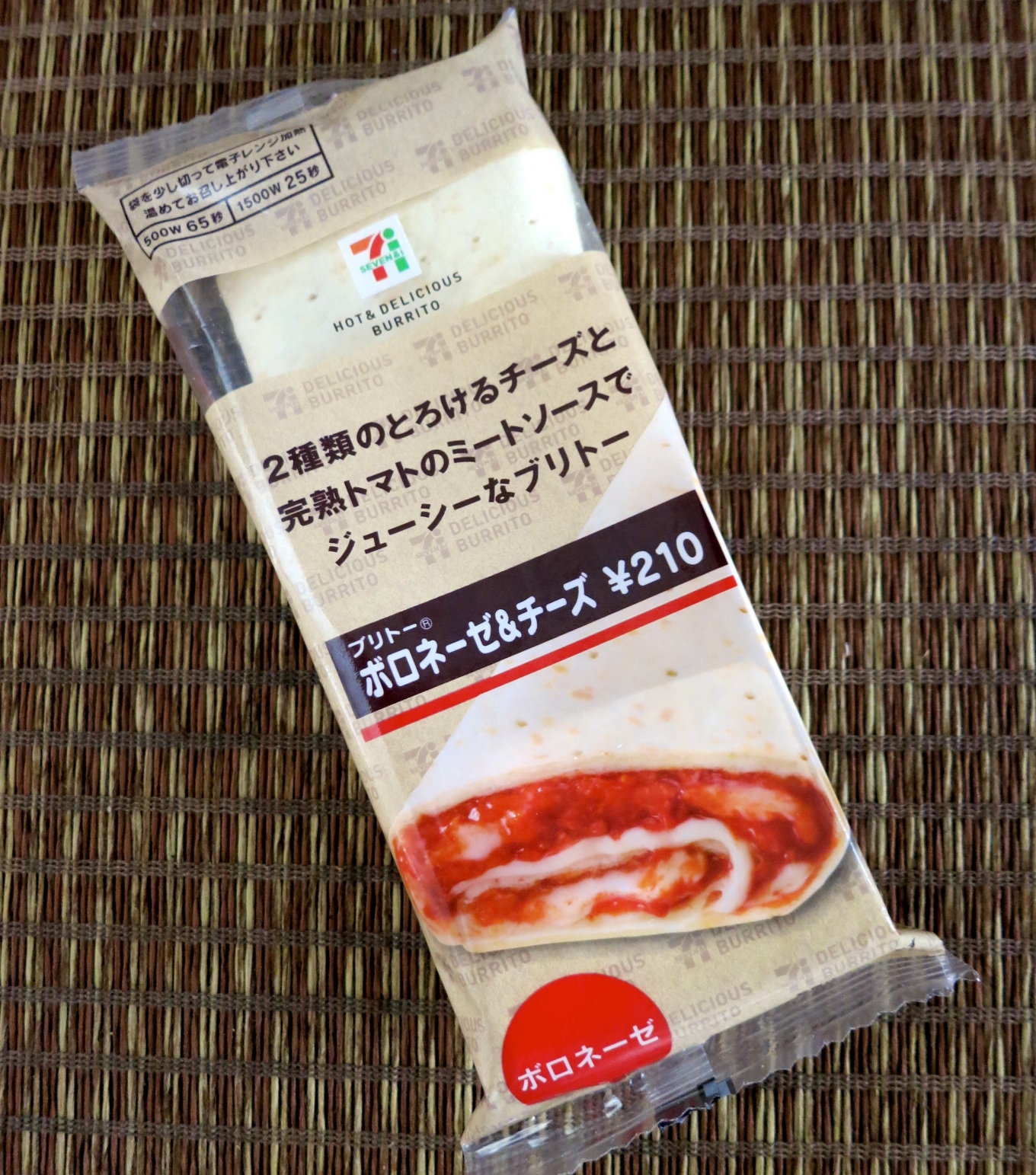 Okay, even though it claims in English to be a HOT & DELICIOUS BURRITO, I should have known that anything resembling a slightly overgrown packet of saltine crackers was going to deliver nothing but disappointment. But in case I had any doubts, it says right there on the package in Japanese: Bolognese & cheese. Unclear-on-the-nationality sauce fail OF EPIC PROPORTIONS.

Leave a Reply to EdaCancel Reply

Jonelle Patrick's Only In Japan It Looks Like a Burrito. It Says It’s a Burrito. But…
Loading Comments...