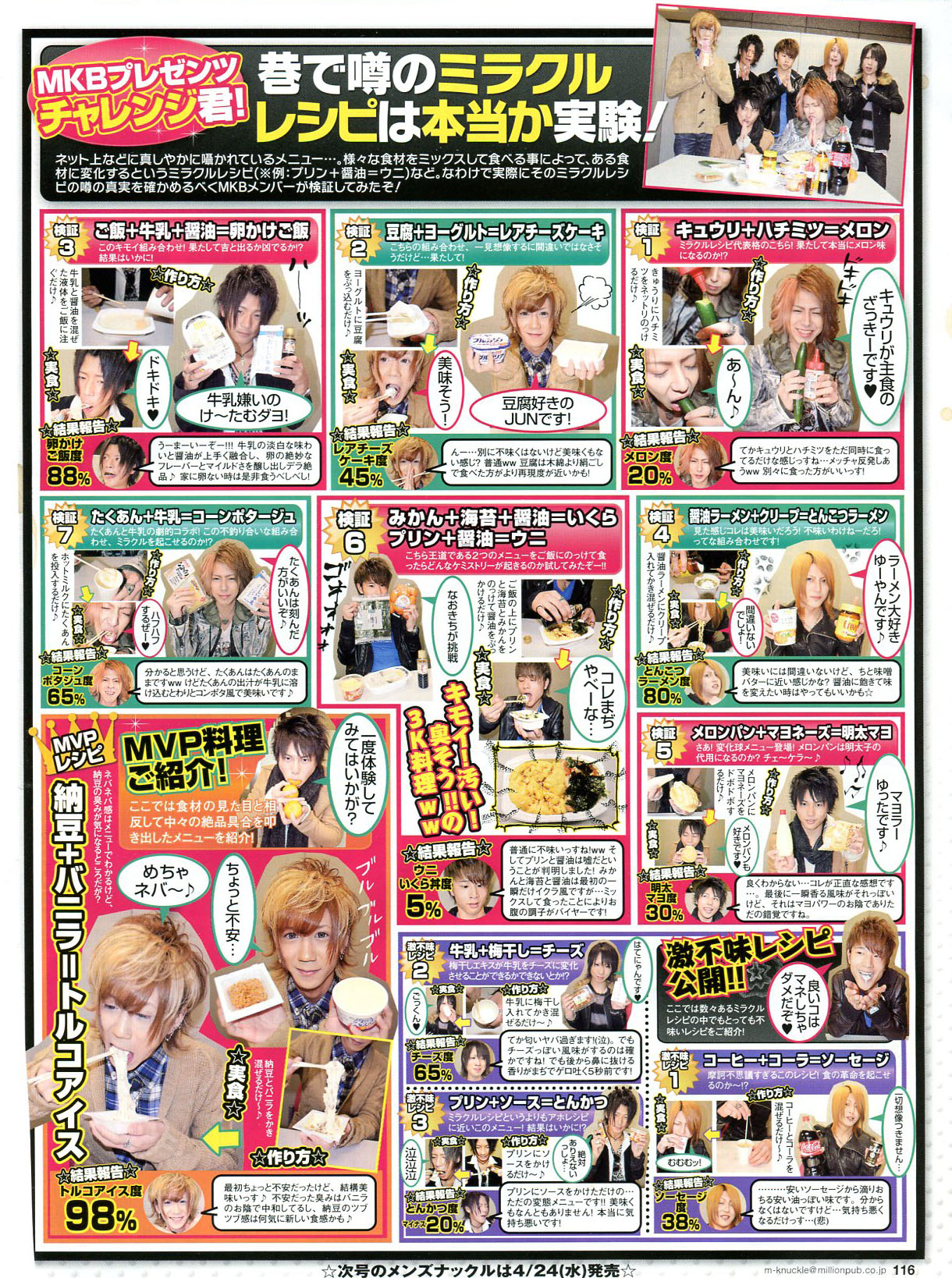 From the test kitchens of intrepid single guys come these taste treats, made solely from junk food obtainable at any corner convenience store! Let’s accompany the judges as they determine just what combos deliver a flavor bomb that has nothing to do with the ingredients! 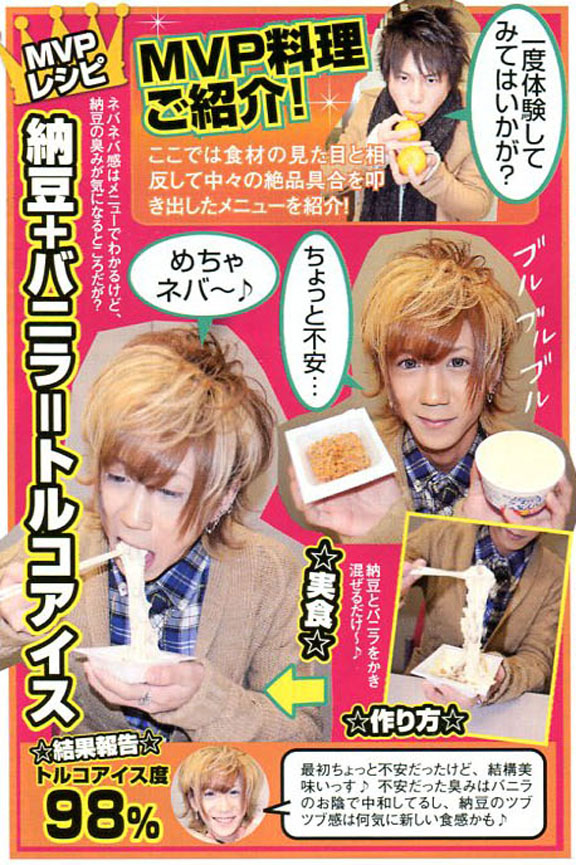 The food most dreaded by foreigners at breakfast time teams up with vanilla ice cream to deliver an eating experience akin to the strangely stretchy ice cream treat served up by guys in fezzes at Ice Cream City. Judges award this unlikely combo a 98% flavor match!

If you’re craving that children’s breakfast classic of rice with a raw egg stirred in, but your fridge only contains an aging packet of microwave rice, a few gulps of milk and a crusty bottle of soy sauce, don’t despair! Combining these three ingredients delivers an 88% flavor match, according to this intrepid judge! 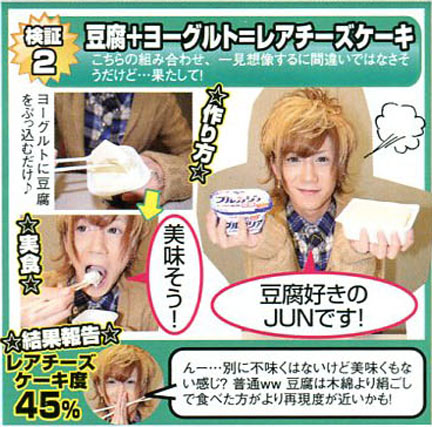 Next time you’re craving a honkin’ slice of sin from a New York deli, why not stir a carton of yogurt into a tub of tofu and call it cheesecake? Or…not. Judges say it’s a 45% flavor match. You got a problem wid dat? 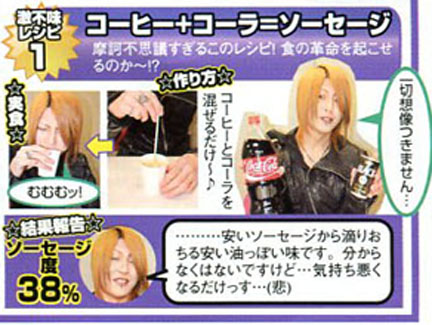 A faux sausage-flavored drink. I think I’d rather not have known this. Flavor match: a questionable, yet rather surprising, 38%.

Jonesing for a melon, but all you have is a fridge full of cucumbers? If you close your eyes, click your heels together three times, and sluice on some honey, you might just be able to convince yourself you’re noshing the fruit of your dreams instead of the veggie of your nightmares. Flavor match: a barely believable 20%.

Let’s not and say we did. Even though the judge only gave it a 5% flavor match, whatever those combos tasted like can’t have been good. 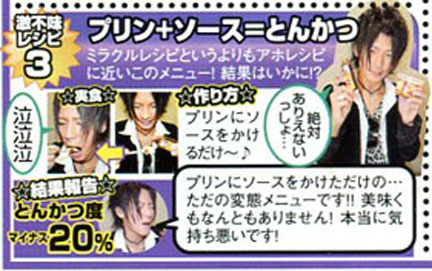 It’s fortunate that this miracle recipe produced a minus-20% flavor match, because eating something that feels like pudding but tastes like fried pork cutlets would be enough to send just about anybody running for their courtesy airsick bag.