Home » Awesome Stuff To Do » King Of Tattoo Returns! 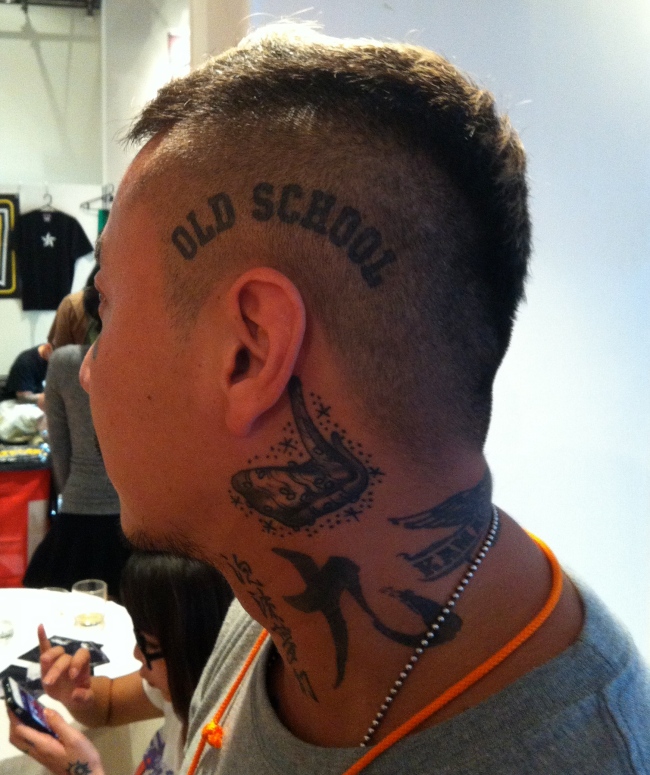 I knew studying kanji would come in handy someday! The big character on this gentleman’s neck is the one for “nine” and the ones running down the front are Chinese, not Japanese, but the characters are the ones for “fleeting dreams.” I’m quite sure it’s an idiom rather than something that can be easily translated, though, as proven by Google Translate’s helpful suggestion that the meaning is “phantom foam,” a sentiment I doubt is worth the pain of getting it tattooed on one’s throat.

The King Of Tattoo ink-o-rama is going on all weekend here in Tokyo, and this year the artists and crowd were even more spectacular than last year’s extravaganza! Nearly all the attendees – both men and women – had art over more than 50% of their bodies, and a lot of it was of subject matter I can honestly say I’ve never seen before, anywhere in the world. For the first time, I watched artists freehanding designs, without stenciling them on first. This requires a level of trust (on the part of the client) and surehanded skill (on the part of the artist) that was a bit…boggling. 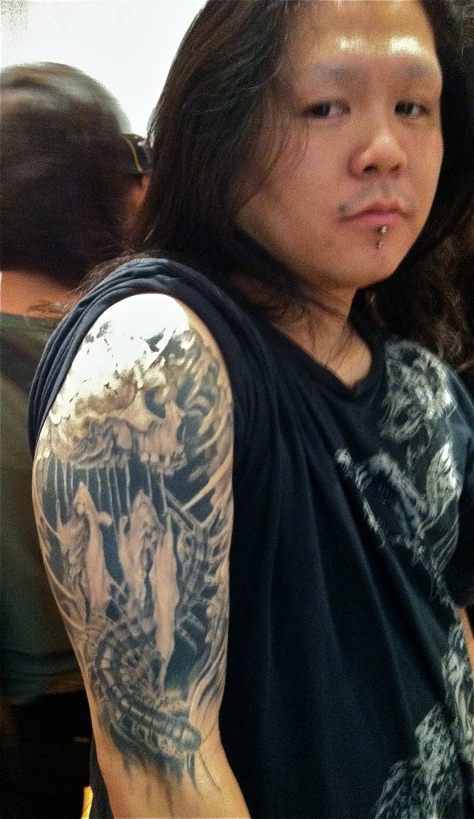 This gentleman, who goes by the name of Human Genome, has a fascination with insects (I’m not sure I could go to sleep in the same room as her, er, pet collection) and one arm prominently featured a portrait of his favorite centipede (which he assured me was vegetarian). 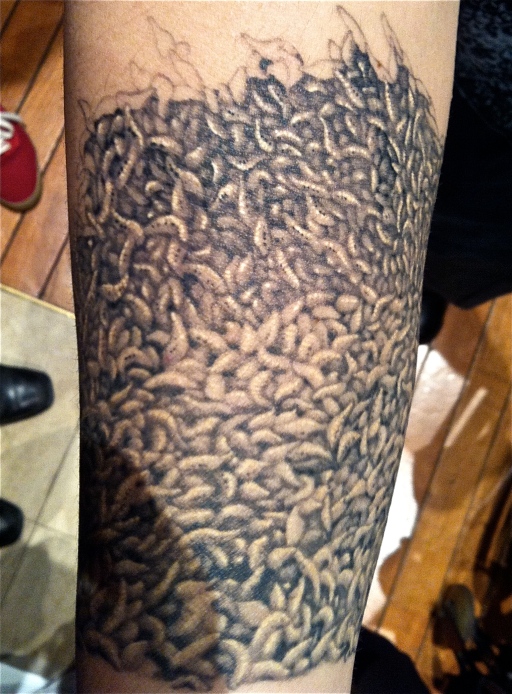 His other arm had a work-in-progress that at first I thought was chain mail. Upon closer inspection, however, it was…well see for yourself. We subsequently had a meaningful discussion about how art could be repellant and beautiful at the same time.

Art this year tended toward the near-photographic, with several artists whose style featured the kind of subtle shading I didn’t think possible on a canvas of living skin.

The colored tattoos I saw seemed more vibrant than ever before. I asked about fading, and was told that yes, they do fade a bit over the years, but you can always go back and get them re-inked.

Jonelle Patrick writes mysteries set in Tokyo. The first one is Nightshade