Home » Awesome Stuff To Do » The Best Tokyo Winter Illuminations 2015

Posted by Jonelle Patrick on December 16, 2015 in Awesome Stuff To Do, Just...Beautiful, Seasonal Goodness | 4 Comments

Are you ready once again to have holiday lights spoiled for-e-ver by the insanely great Tokyo Illuminations? This year, the old favorites do not disappoint, but there are a couple of new contenders amid the light-up extravaganzas going on right now in Tokyo! Feast your eyes on… 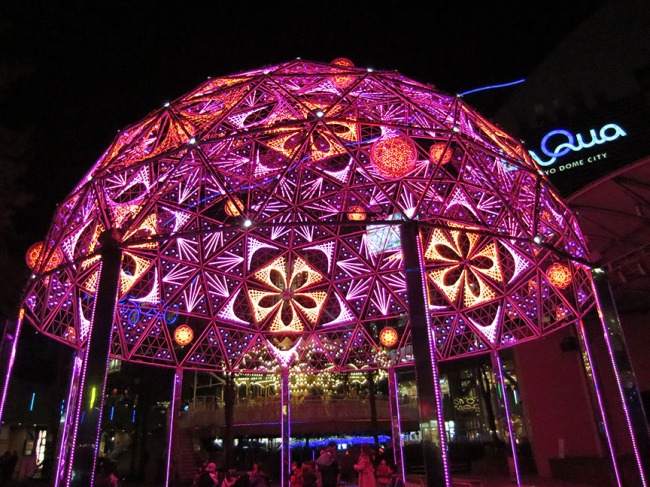 This dome puts on an everchanging light show

You can see it from up above…

…or sit beneath it for the full psychedelic effect

And DUH it’s an amusement park, so if you dare to risk freezing your patootie off, you can ride the splashy one through the illuminations at night

The Tokyo Dome City amusement park puts on a lights and fountains extravaganza every year, and you don’t even have to pay for any rides to enjoy it!

And, of course, the perennial favorites, spiffed up for a new year:

I didn’t think it was possible to outdo last year’s show, but the 2015 show has a planet theme that looks spectacular. Once again, this mesmerizing field of lights is choreographed to an ethereal wintry soundtrack.

Once again, this Shiodome courtyard is transformed into a fantasy landscape of starry blue lights 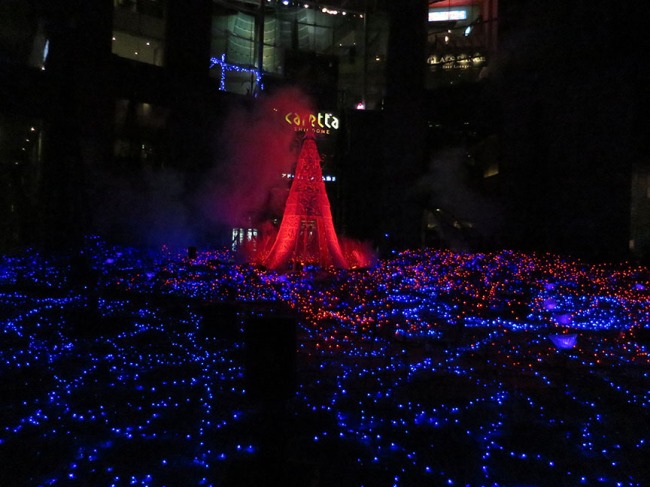 Ahahaha, bet you thought that was supposed to be a Christmas tree!

One snap from the ten-minute light & music show

This year’s illumination at Shiodome Caretta is a new version of the “Canyon D’Azur.” Once again, the landscape of rolling hills and trees is animated and set to music. There’s more than one variation of the show, and they happen every 20 minutes, starting at 18:00. In between, you can line up to get your picture taken in front of that central tree. 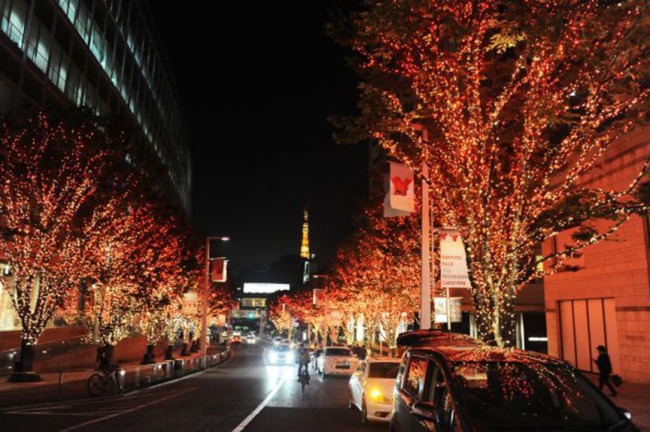 Over at Roppongi Hills, Keyakizaka-dori’s avenue of lights is always beautiful. The best place to see the promenade (and get a view of Tokyo Tower) is from the bridge over the street by the Louis Vuitton store. 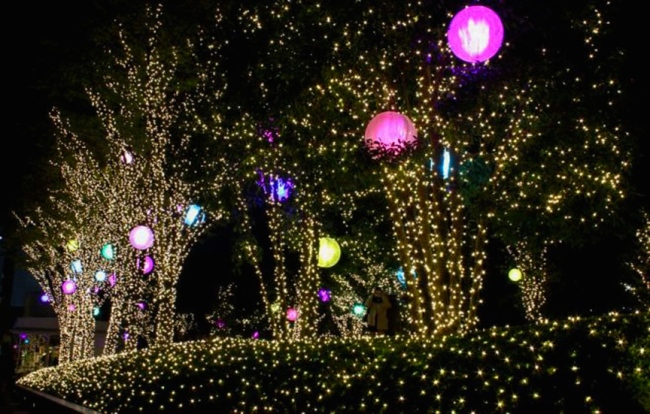 Once again, the trees lining the promenade between Shinjuku South-East Exit and Times Square are strung with lights, and Mosaic Street (the walk that goes through MyLord) is festooned with stars and planets.

While you’re out ogling the Gundam robot in Odaiba, stop by the VenusFort mall (that eerie Caesar’s Palace lookalike!) to see the cascades of blue rain and the stars ‘n planets projection mapping show.

Noon – Close (projection mapping shows start every half hour at :00 and :30)

This display doesn’t change from year to year, but if you haven’t been there, the view from the red carpet that leads from the Christmas tree to the gigantic Baccarat chandelier is worth seeing once. 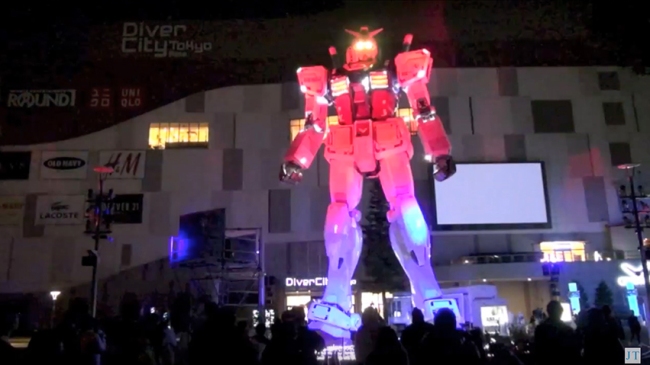 Holiday lights don’t get any more only-in-Japan than this – the five-story tall Gundam robot in Odaiba has been custom projection mapped with a brand new holiday show (with music!) The Japan Times put up a video, that you can check out for even more wow.

Sadly, they decided not to illuminate the Meguro River in Nakameguro this year, so we’ll have to hope they do it again next time. And this Gundam is being replaced by a new one, which I hope they’ll also map with a great show, come December.