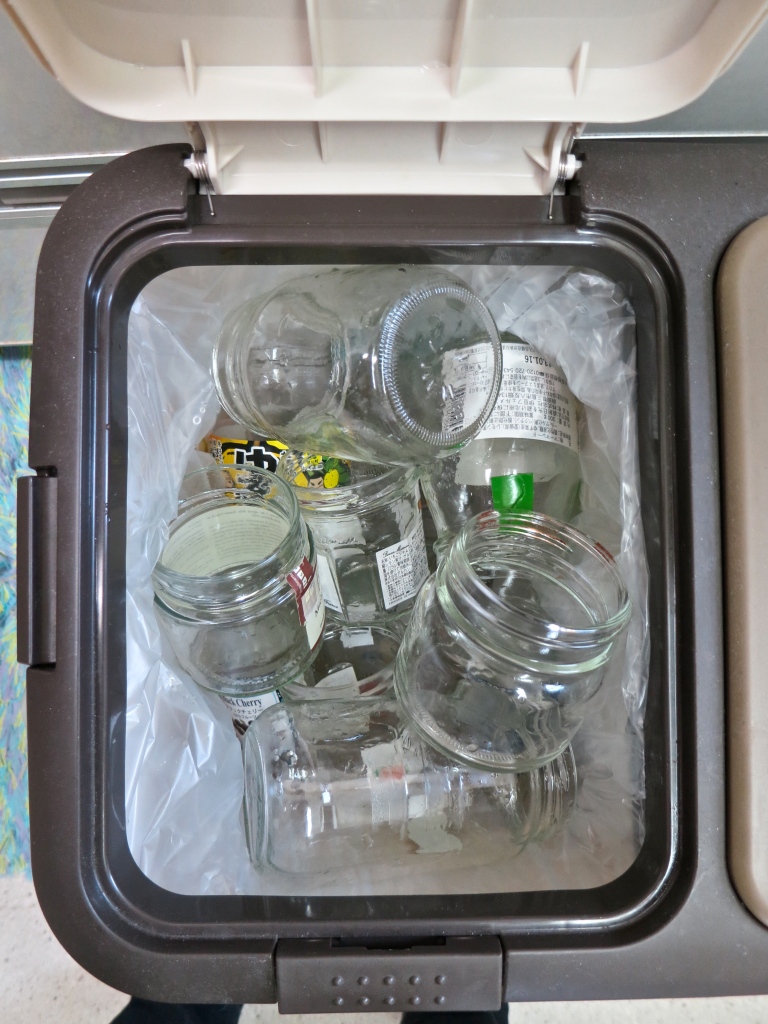 Check this out. I totally have the cleanest trash in all the land. If I lived in America, (this would be some weird parallel universe America that has the same insane garbage rules as Japan, which require that recyclables be CLEAN before they are put out for collection on the appointed day), I’d have put these mother-lovin’ jars that used to be full of super old frozen leftovers in my dishwasher. But because I live in Japan, (land of nearly Amish austerity when it comes to making life easier for kitchen slaves) I had to HANDWASH every single one of these little flockers.

And why? you may ask. Because if I didn’t, my Recyclable Glass would have been publicly rejected by the Garbage Police, who roam the streets rejecting improperly prepared and/or sorted trash. (See below for example of my neighbor’s transgressions, spelled out on unnecessarily bright notices and pinned to the bag like some sort of environmental dog shaming).

Japanese garbage, Just another day in Japan, why

One thought on “My Beautiful Handwashed Trash” Leave a comment ›