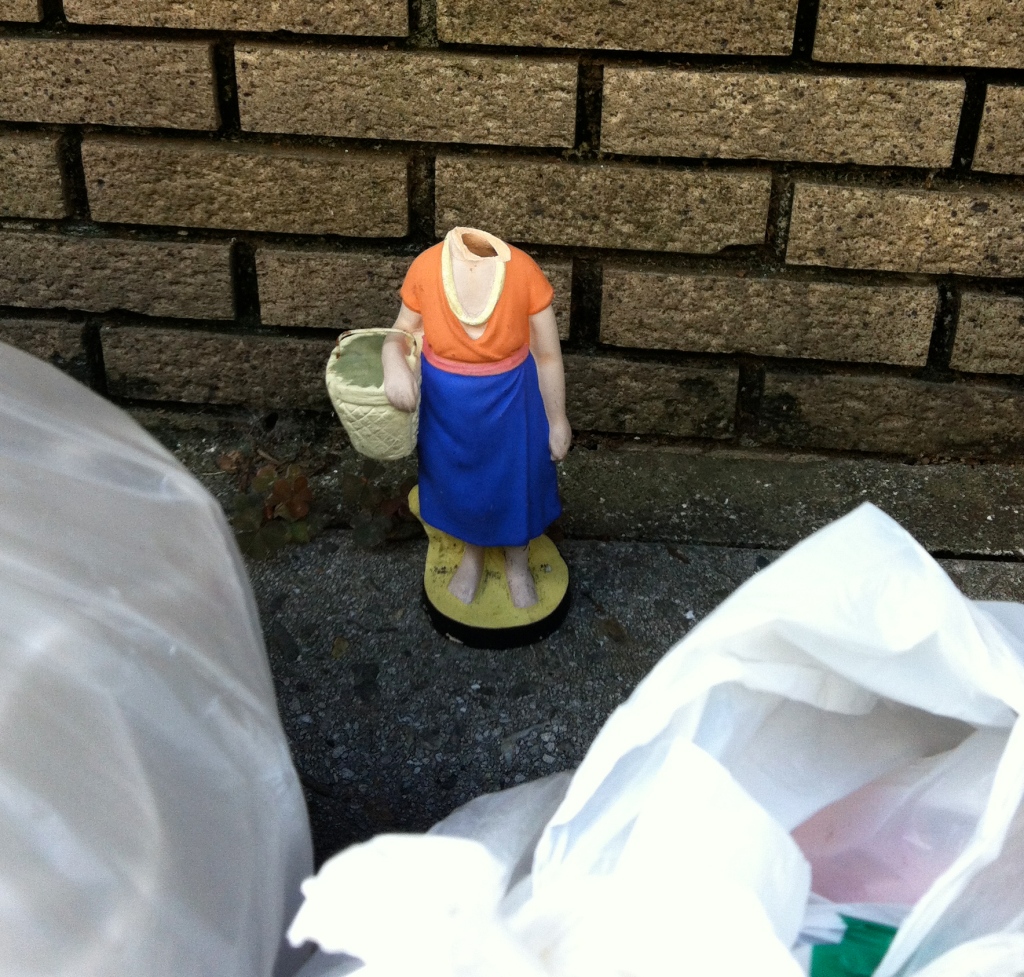 I spotted the Headless Horseman’s Younger Sister out at the curb last Friday on Recyclable Trash Day among the ho-hum bags of beer cans, plastic water bottles and onesie-twosie hard liquor empties. The Garbage Powers That Be evidently decided that this cranium-challenged miss was made of suspiciously unrecyclable plastic, because she was still standing there when I came home later.

I thought for sure she’d be scooped up with the Burnable Trash on Saturday, though, since that’s the day one can even throw away plastic detergent empties without rinsing them and ending up with a Mt. Everest-like mountain of bubbles in one’s sink. Nope, still no date for the prom.

On No Trash Day Sunday, she stood out there all alone in the downpour, the world’s first Decapitated Rainfall Meter.

Today she stoically stands amid the Unburnable Trash. If she’s not swept away today with the broken curling irons, empty aerosol cans and dead lightbulbs, I’ll take it as a sign from the gods that my rubber dinosaur finger puppet head has finally found a body donor.

Japanese garbage, Just another day in Japan, why

2 thoughts on “Is It Headless Character Trash Day Yet?” Leave a comment ›

Jonelle Patrick's Only In Japan Is It Headless Character Trash Day Yet?