Yes, it’s a Japanese game show that pits teams of quick-witted experts against each other to see who can be more…HONORIFIC!

If you’ve ever studied Japanese, you know this isn’t about tacking a piffling “sir” or “ma’am” onto an otherwise normal sentence. No, you must trowel on the correct grammar to acknowledge the loftiness of the person you’re talking to, and also use lowly forms to refer to your own worm-like status and nano-accomplishments. 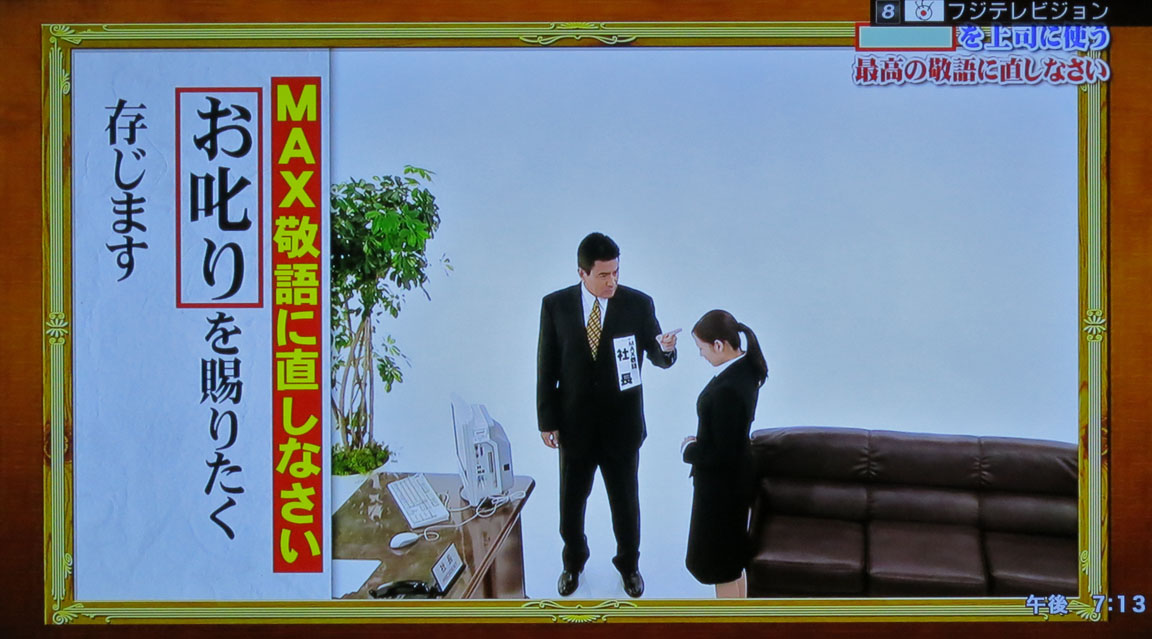 First, the teams are presented with a sticky situation. Here, the grand pooh-bah is reaming out a peon. The boss doesn’t have to bother with politeness – it’s a major perk of being the boss! The subordinate, however, must abase herself early and often. But no matter how many times she apologizes, nothing seems to work. She’s going to be dismissed! What’s the magic phrase that will save this peasant’s bacon? 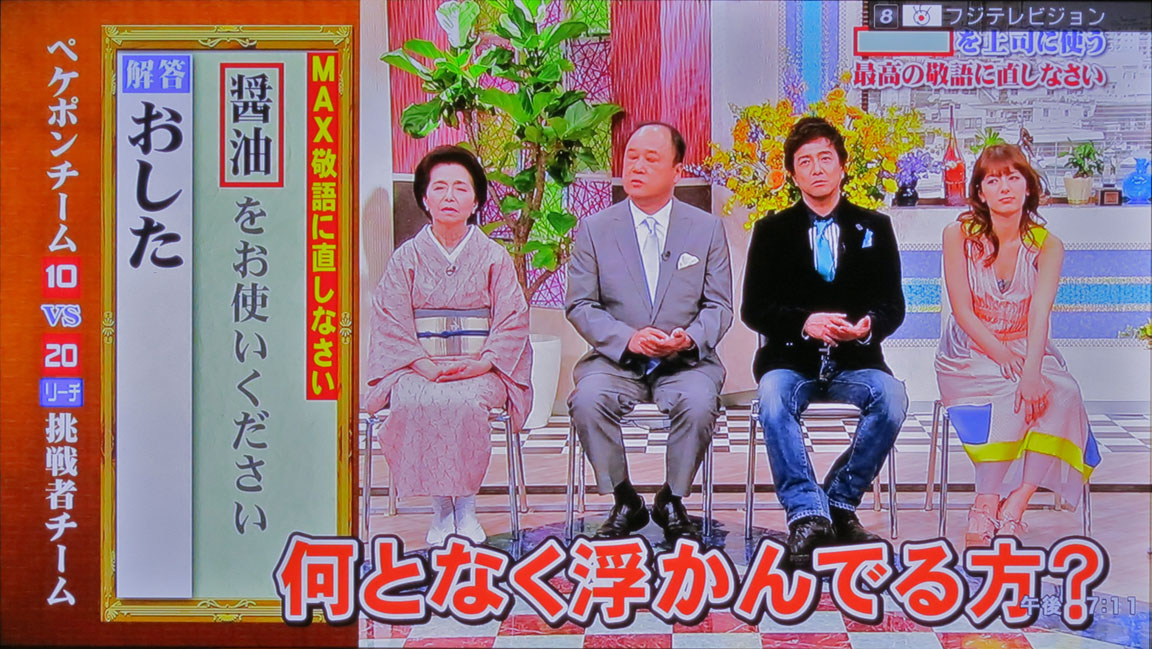 The first team gives it a stab. (I figured these guys would win for sure because, you know, they’ve got the strict-looking obaa-san in a kimono.) They only get the first three characters right, though! On to the faux-salaryman team! 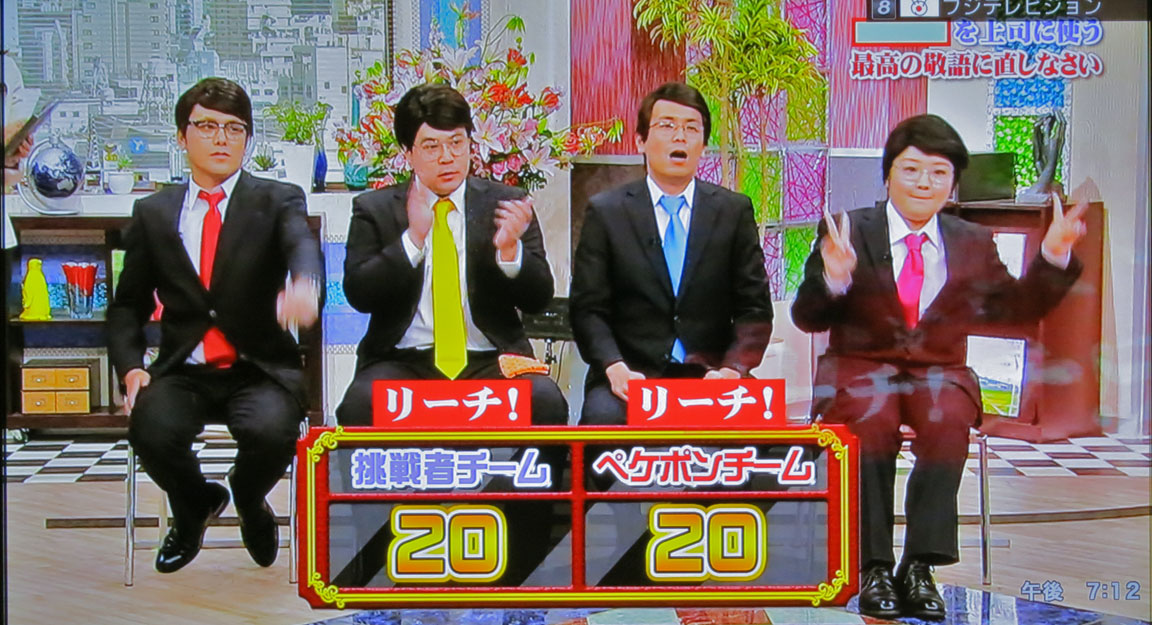 They shoot! They score!

I wish I could whisper the winning phrase to you so you could use it the next time you’re about to be dismissed for insufficient groveling but…it was unfortunately way too polite for me to understand.