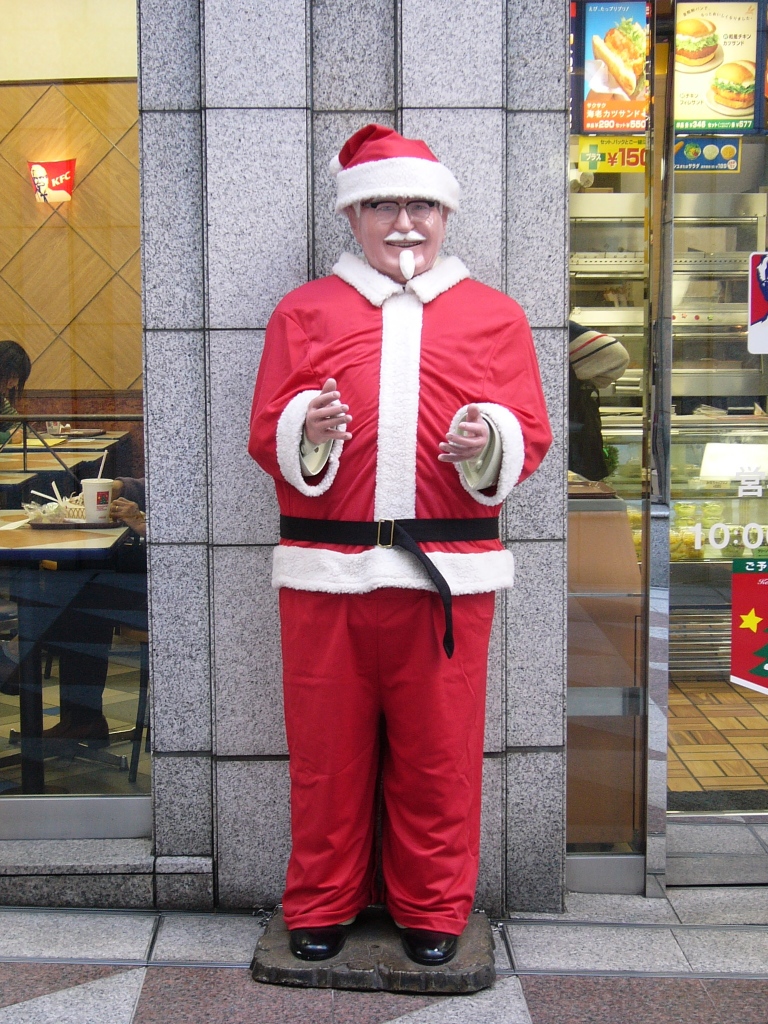 The day after Halloween, I knew it was a bad sign when I heard music in my local supermarket that sounded suspiciously like “The First Noel,” but when I spotted The Colonel duded up in his Santa suit today, Season Creep was confirmed.

Without Thanksgiving as a sort of cultural moat between Halloween and Christmas, Japanese retailers start decorating early and often. Here Christmas Eve is second only to Valentine’s Day as the most romantic “date” holiday of the year, while New Year’s is the serious “family” holiday. And KFC has so thoroughly convinced Japanese consumers that foreigners traditionally eat fried chicken at Christmastime, that on December 24th, lines stretch around the block to pick up the buckets of Extra Crispy ordered weeks in advance.