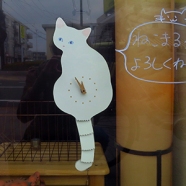 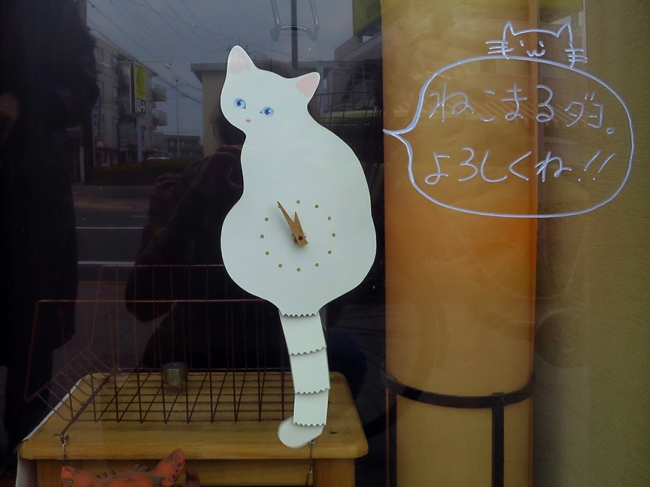 Walking down the street in Ome, I discovered something that totally flipped my three-hour trip to see a garden filled with no blooming azaleas into the win column: the tail-wagging cat clock!

Can’t. Stop. Watching. (Except to scurry around online like a crazed, tail-wagging weasel to figure out who makes these and where to buy them.*) 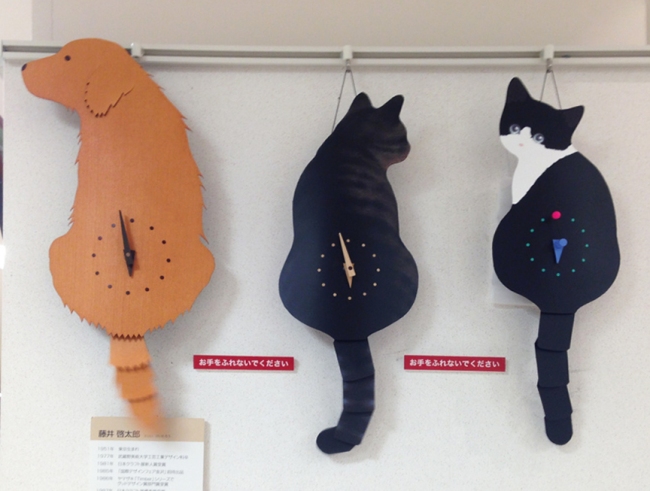 The thing is, I actually saw these a few years ago at the Tobu department store in Ikebukuro on their exhibition floor, and made the fatal error of not ordering one for myself. That kind of exhibition is there for a week, then it disappears, with no forwarding address. Regret, with a capital R. (I couldn’t find my picture, so this one is from RocketNews)

The store owner in Ome came out to the sidewalk after she saw me loitering around suspiciously outside, but after we bonded over our love of tail-wagging clocks, she invited me inside to take videos of her others. Here’s more cuteness, if you can stand it:

* A RocketNews reporter spotted them as recently as 2015 at the same annual Tobu exhibition, so I was able to discover the artist’s name: Keitaro Fujii. And apparently, they are sold in a store in Akasaka called Craft Ogawa. Guess where I’m going next week?

December 2017 note: Today I saw a FB ad that had a video of this clock, with a link to where you could buy it on 9gifts.com, but the clock in the link is NOT this clock. The one in the link doesn’t have a jointed tail, which is, of course, the best part. Look carefully before buying!

“A genuinely gripping crime thriller which wrong-foots and perplexes the reader throughout, drawing us in emotionally . . . Highly recommended.” –Raven Crime Reads

For nine years, Tokyo Detective Kenji Nakamura thought his mother’s death was an accident. Then he gets a call, and his life begins to unravel. Because if it wasn’t an accident…what was it? Read more

Like Loading...
← If I Were A Thousand Years Old, I Would Not Be Putting Out Like This Where To See The Most Beautiful Wisteria In Tokyo →