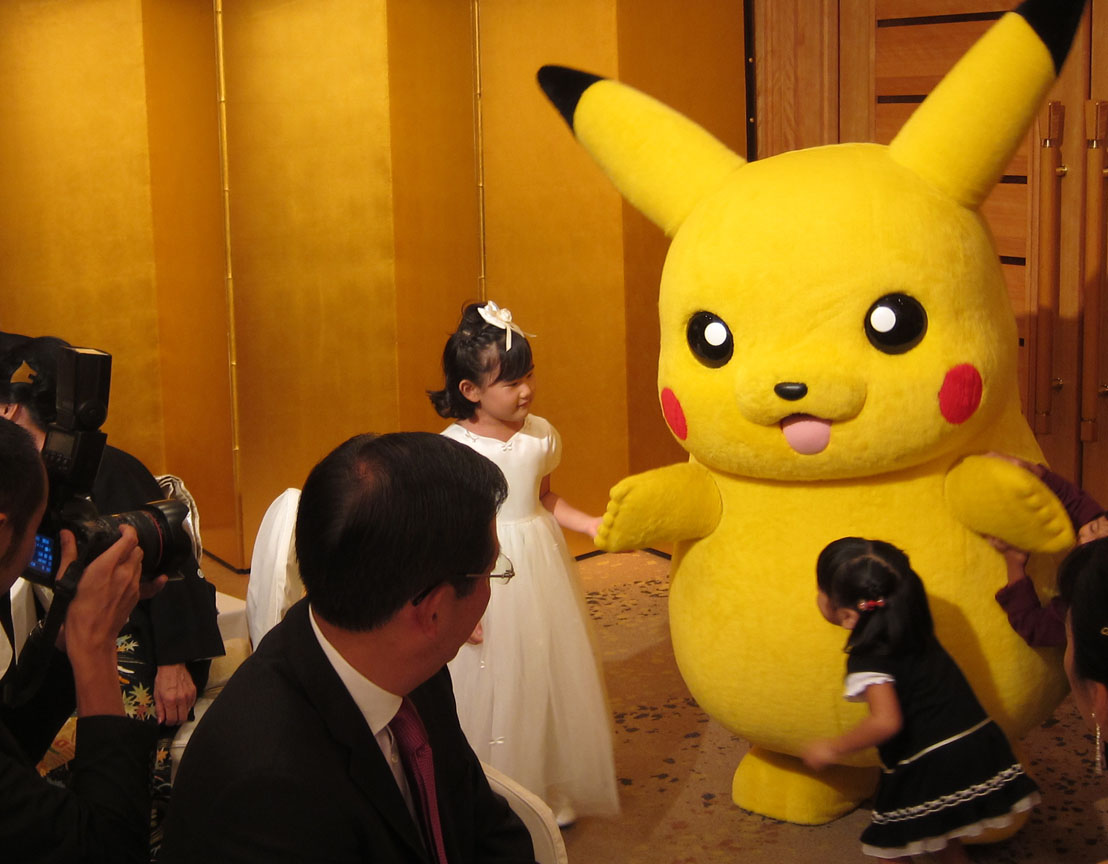 Today I went to the most excellent Japanese wedding ever.

In addition to the usual Japanese wedding reception elements – the announcements to get out the video cameras because a precious moment was about to happen, the cutting of the plaster cake, the lengthy toasts by bosses and other worthies, the professional-quality video resumes – the groom’s judo buddies strutted in wearing full judo gear and sunglasses and made the groom battle each of them to the ground in his morning suit. Then the happy couple retired to change from wedding clothes into evening wear. The bride returned wearing a strapless red gown, but the groom was in a tux with a beer keg strapped to his back. They made the rounds of the tables, topping up everybody’s glass. By the time Pikachu made a surprise appearance, there was a banquet room full of exceedingly cheerful adults way out of the typical Pokemon demographic, crowding around to have their pictures taken with the iconic Pocket Monster.

At the end, the room darkened again and video began to roll with the credits, plus an edited-on-the-spot instant replay slide show of photos taken during the past two hours at the ceremony and reception.