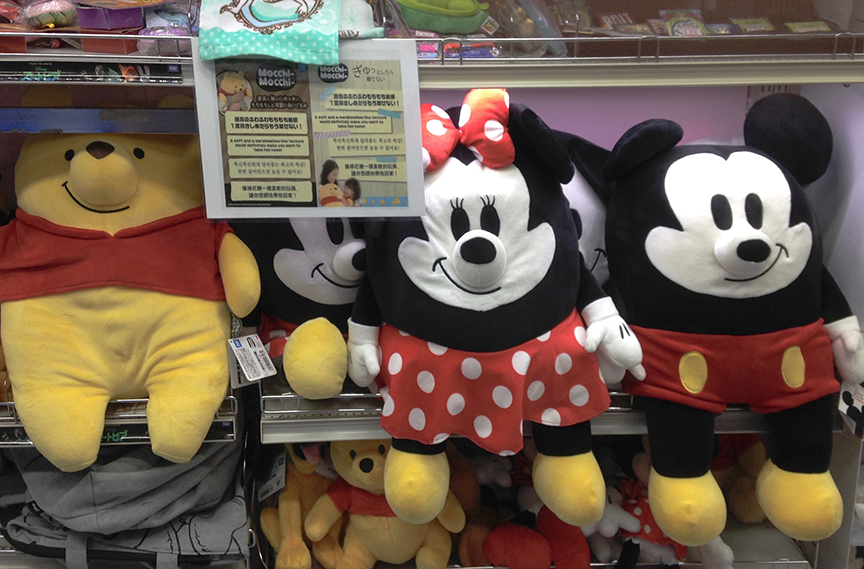 Strolling through the toy aisles of Yodobashi camera one rainy day (as one does), I was stopped in my tracks by this. Disney goes pocchari!

Mocchi-mocchi Pooh! Not to be outdone by chublet Minnie & Mickey. At first I thought this must be some sort of knock-off malfunction, but no. It’s officially licensed merch! But WHY?

Lately, an “adorable chubbiness” fad has swept Japan with marshmallow girl bands and a fascination with ample felines, but I was quite surprised to see characters that are usually fenced in by the strictest branding guidelines donning some none-too-subtle love handles. Wonders never cease.

When all the toy aisles have been combed for entertainment value, Jonelle Patrick writes novels set in Tokyo

“A genuinely gripping crime thriller which wrong-foots and perplexes the reader throughout, drawing us in emotionally . . . Highly recommended.” –Raven Crime Reads

* Speaking of new books, if you’re as much of a mystery/thriller junkie as I am, you’ll occasionally be in dire need of discovering new series to devour. Raven Crime Reads is one of my favorite go-to sources for new books, because she’s so great at winkling out hidden gems and wittily putting her finger on just what appeals…or doesn’t. And SHUT UP I’m not just saying this because she liked my book – I was hooked long before those kind words were penned. Click over here, browse a couple of her reviews, then after an hour passes by like it was two minutes, scroll down and follow, so you get the goodness on a regular basis.)

Made In Japan, WTF Japan?

4 thoughts on “Inexplicable Toy Trends Of Japan” Leave a comment ›

Jonelle Patrick's Only In Japan Inexplicable Toy Trends Of Japan