If I were Queen Of The World, there would be a Japanese Complaints Choir* and they would sing about this. If anyone’s ever invented a more feeble excuse for a heating/cooling unit than the ones that supposedly make buildings in Japan habitable by humans, I never want to see it.

And while we’re complaining (because you’re totally nodding your head along with me in sympathy, right?) I also feel compelled to mention this: 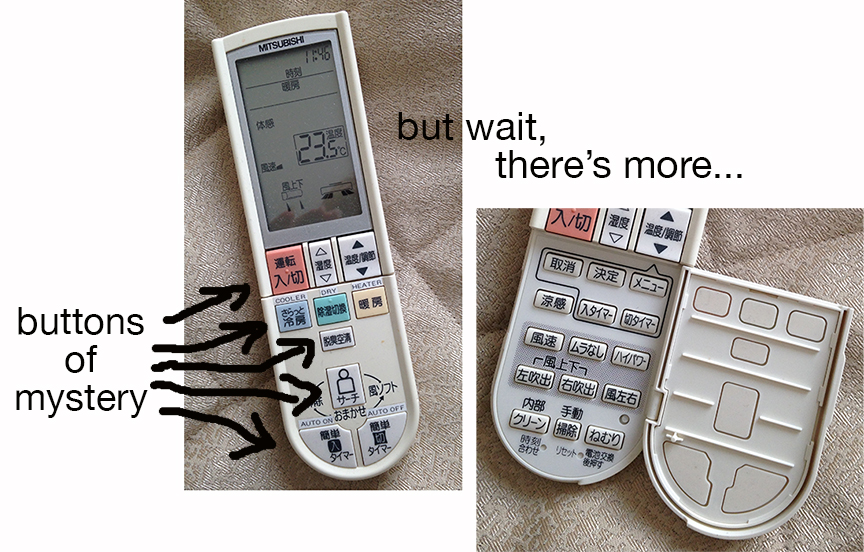 It’s like they think putting a lot of buttons on the remote will make beleaguered users believe it’s their own damn fault for freezing to death. Like, “If I’d only been able to figure out how to use the combination of controls that adjust the angle of the fins while also disabling the feature that randomly switches to blasting unheated air around the room, I’d still have most of my toes.”

I’d say that I can’t wait for summer, but you know that diagram up above? Pretend it’s Opposite Day and you’ll get an idea of how pleasant August will be. grr.

*If you’ve never heard the Helsinki Complaints Choir, you should. Because hilarious.

Jonelle Patrick's Only In Japan Every Japanese Room I’ve Ever Lived In
Loading Comments...