Fembots, scantily-clad taiko drummers, battling transformers…okay, I admit the Robot Restaurant is more like Vegas on steroids than ye olde Nippon, but you’ve really gotta see this extravaganza once in your life! 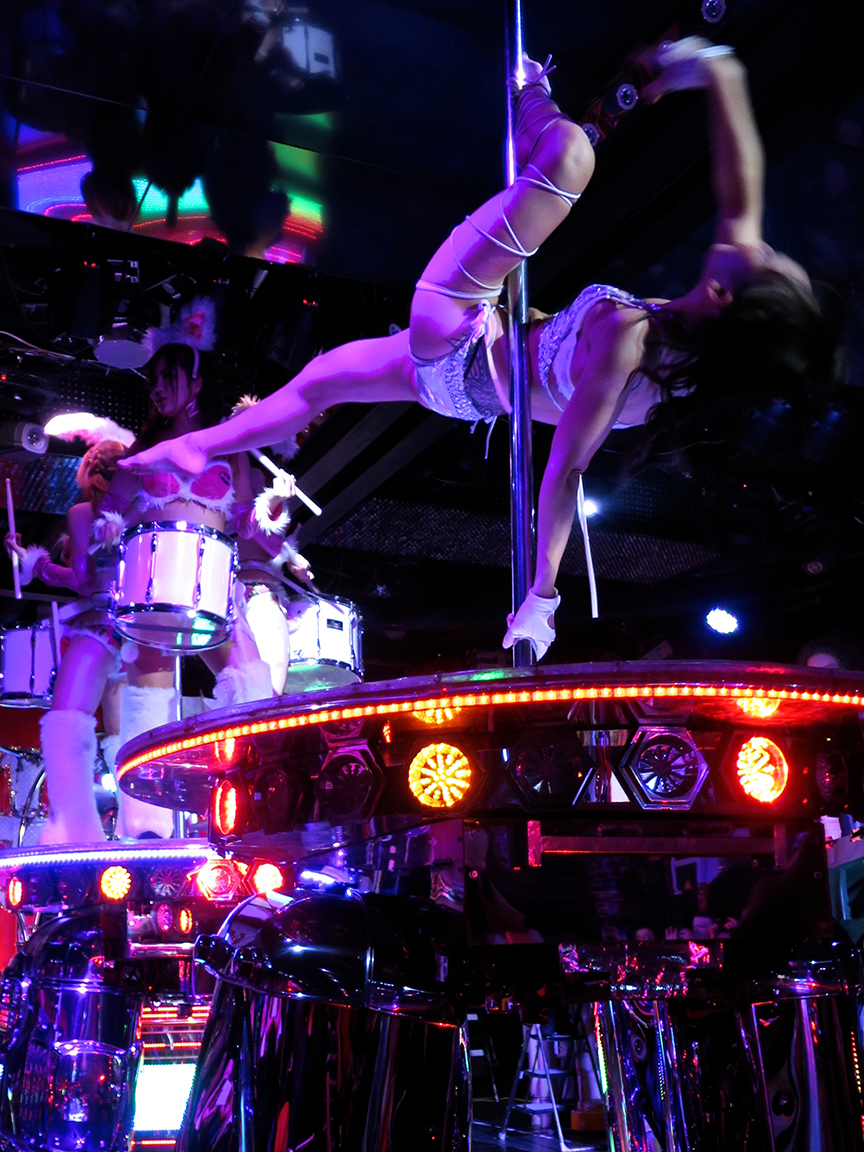 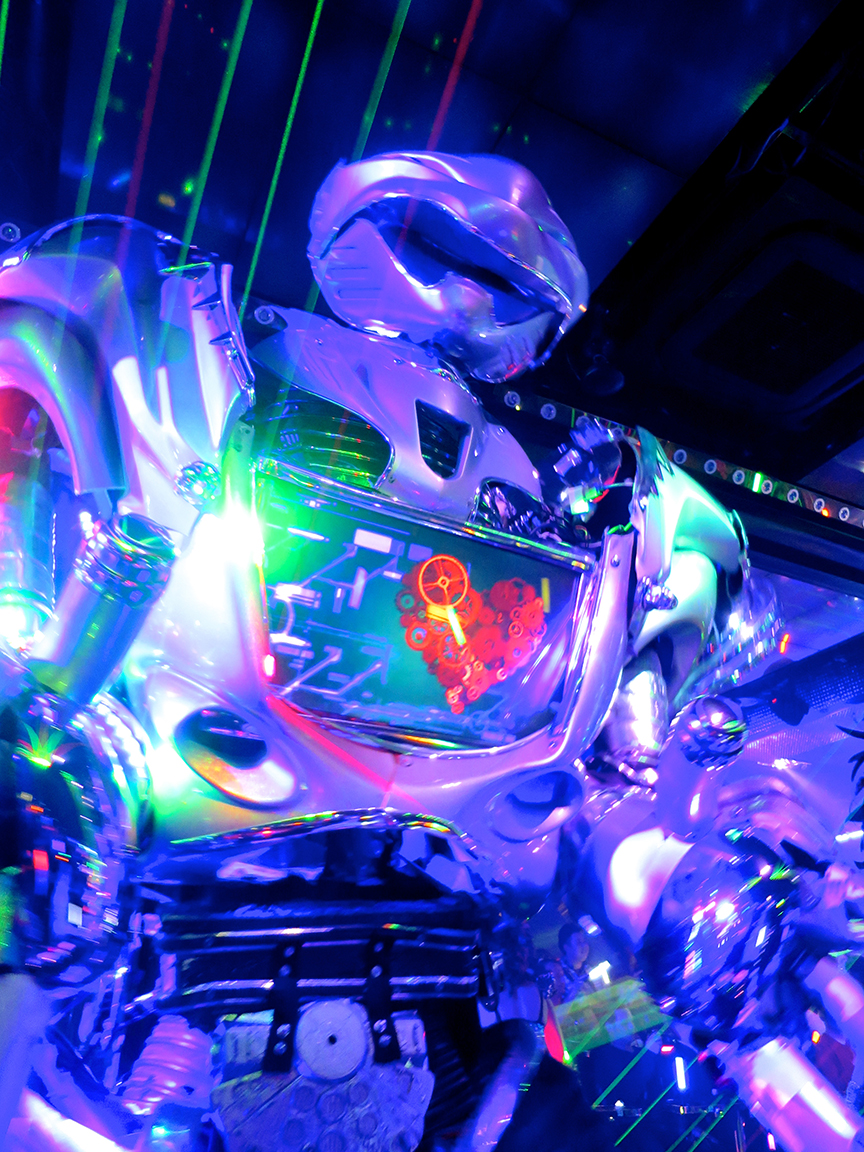 Even the waiting lounge is entertaining – every nook and cranny is paved with flashing lights, shiny baubles, and wall-to-wall video screens showing rather puzzling footage of scantily clad women on horses kitted out in Crusader-like draperies.

And the toilet: it does not disappoint.

The Robot Restaurant show runs about two hours, including waiting time in the bar beforehand. I actually think they ought to put quotes around the word “restaurant,” because the rather small bento box and half bottle of tea included in the price of admission (¥5000 per person) bears about as much resemblance to a real meal as airline food, although is it marginally more edible. Before and during the show, before the show they sell a limited selection of alcoholic drinks at fairly reasonable prices (¥500 for a draft beer, for example). More info, and telephone number for reservations here. A map is on my website, The Tokyo Guide I Wish I’d Had.

Jonelle Patrick's Only In Japan The Robot Restaurant