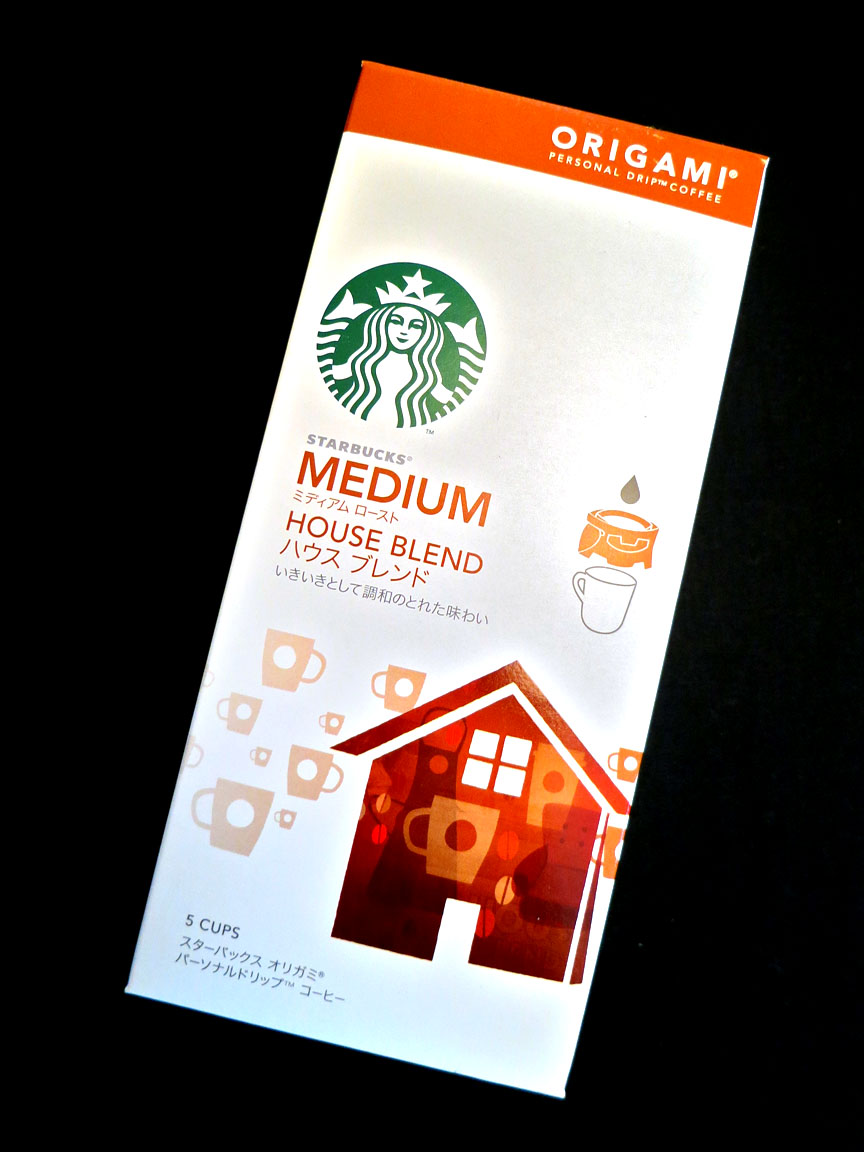 Clearly I’ve been living in Japan too long. When I saw “Starbucks Origami Personal Drip Coffee” at the local super and discovered it’s only being marketed here in Japan, I got really excited! I thought it might be the caffeine equivalent of this:

I ripped open the package as soon as I got home, but instead of an awesomely clever and elegant design… 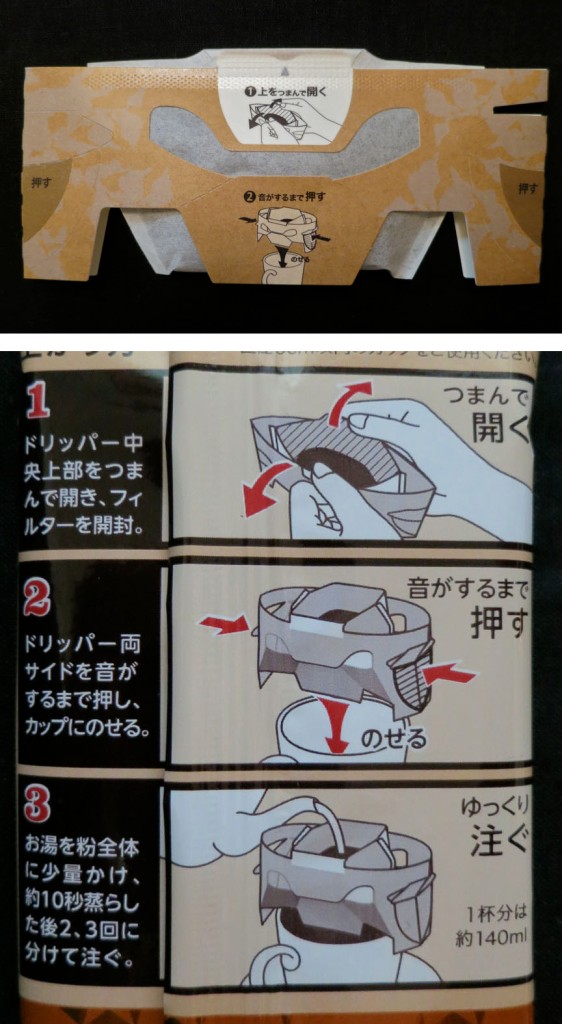 …what’s this thing that looks kinda like a Burger King birthday crown? But, okay, let’s give it a try.

Maybe I’m especially inept, but because there are tabs all over this thing except where you’re supposed to grab them to pull it open, I tore a big hole in the side of the filter bag on the first one I tried to use. Grr. Into the Burnable Trash. Let’s try again. This time I discovered that if you pry apart the skinny lips at the top and grasp each side between your thumb and forefinger and pull, it opens with a sort of perforated paper sound. After that, it wasn’t hard to prod it into the right shape and settle it atop my cup.

Okay, I’m a total champion at this. Full marks, not even any spillage. 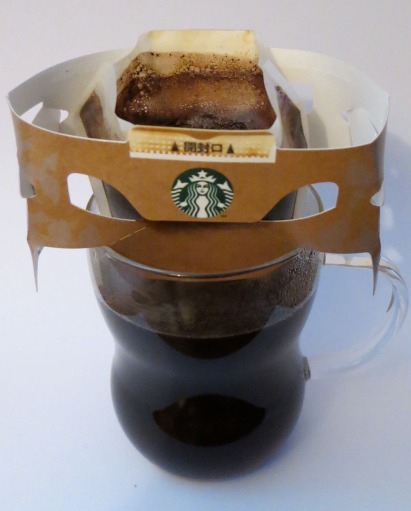 As for the product design, though, I admit: WAHHHH. I am disappoint.