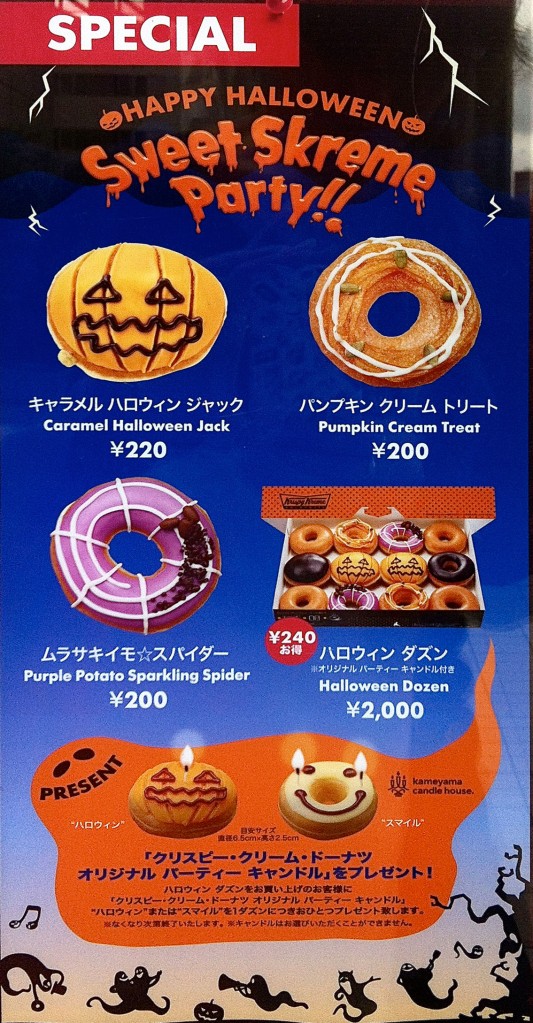 Raise your hand if you’d love biting into a donut and discovering it was…”Purple Potato Sparkling Spider” flavor?! Yeah, not all at once everybody. Oh, there in the back, I see some takers for the caramel Halloween Jack, but what about that bare Pumpkin Cream Treat, adorned with five genuine pumpkin seeds? Thought so.

Halloween in Japan is pretty odd, as you can imagine. Trick or Treating is done by toddlers accompanied by very fashionably dressed moms, and they usually go from store to store, not house to house. And in neighborhoods with lots of Americans, bowls of treats are often just set outside the front door with a polite little sign that says, Please Take One.” Haha, that bowl would last about five minutes back where I come from. Unless, of course, it was filled with rice crackers or pineapple pound cake slices, like some I’ve seen from well-meaning Japanese families who were somewhat unclear on the concept.