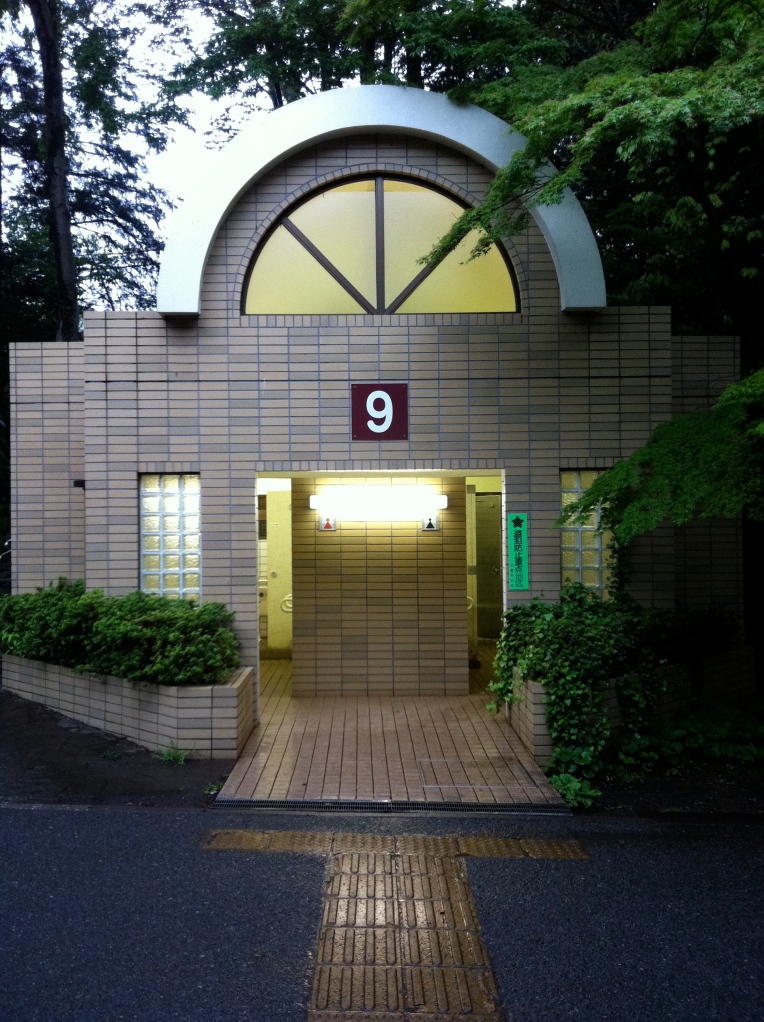 The bathroom that used to be on this spot in Inokashira Park was inhabited by an obake. In addition to the obvious creepitude of the sensation that an invisible something was watching you when you weren’t in the most flattering of circumstances, this ghost slammed doors and walked around if you went in alone.

I have this on good authority from my friend, who grew up in a nearby house. Apparently, all the children who played in the park gave this bathroom a wide berth, because too many of them had been scared out of their pants when they just couldn’t wait long enough to make it home to use a certified  ghost-free toilet.

But wait, I said, when they tore down the old bathroom and put up this new one, didn’t the ghost just move back in and say, hey, thanks for the mod cons? She explained that unlike Western ghosts, obake aren’t the shades of former people caught dead in unhappy circumstances. Apparently, getting rid of the bits and pieces it inhabited was all it took to send it packing.

Jonelle Patrick's Only In Japan Former Home Of The Haunted Toilet
Loading Comments...