If Japan wanted a sure sweep of every medal in an event, they ought to promote the making of school lunches as an Olympic sport. Not only do Japanese moms slave away making not one, not two, but three or four different dishes to include every day, elementary school lunches are essential equipment in the midday tournament of cuteness.

Most mothers only have to make o-bento three days a week – the school provides lunches on the other two, in order to introduce nutritious foods children don’t like, as part of their education – but even the most creative can run out of ideas.

Character & Deco magazine to the rescue!

You’re shaking your head in disbelief, right? You’re thinking that only Martha Stewart on steroids would produce lunches like the ones on the cover of this magazine. WRONG-O! Recently I had lunch with my friend Mizuki, and she sent me a few pictures of bentos made by her and her friends for their preschoolers. Check out these creations, all made by random ordinary moms: 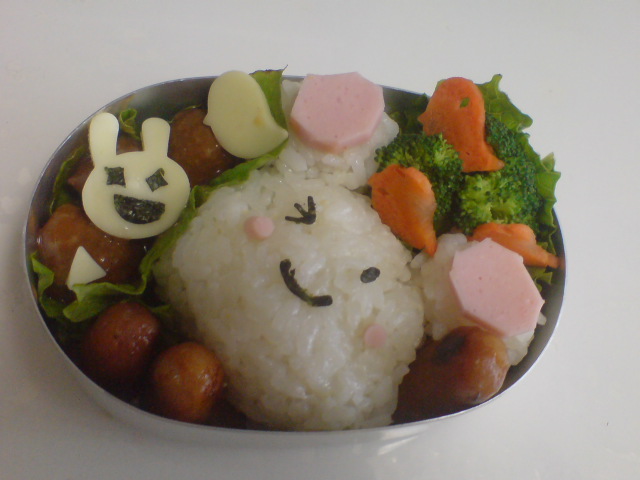 This is the one Mizuki made for her four year old son.