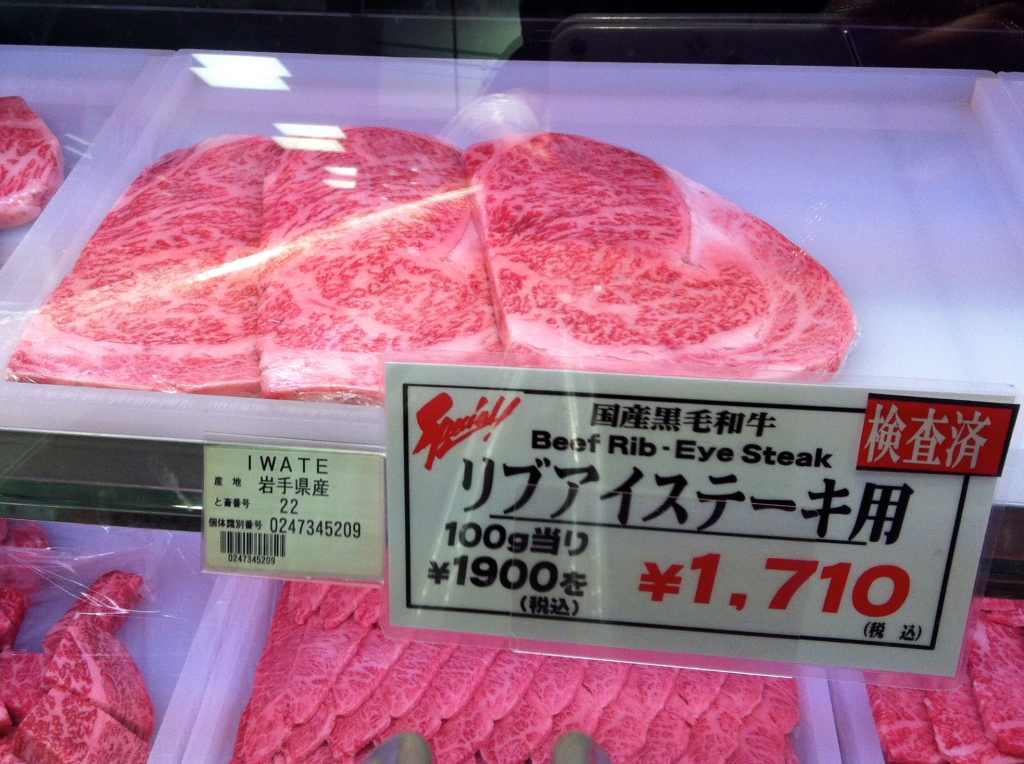 Quick, snap up that steak before it returns to its regular price of $86 a pound! To be fair, this ribeye is from one of those cows that live the spa life and thus produce beef that’s more like bacon than what we think of as steak, and I took this picture at Meidi-ya, which is the grocery store equivalent of Saks.

At my local proletarian Tokyu, a chunk of meat like these retails for a mere $70 a pound.