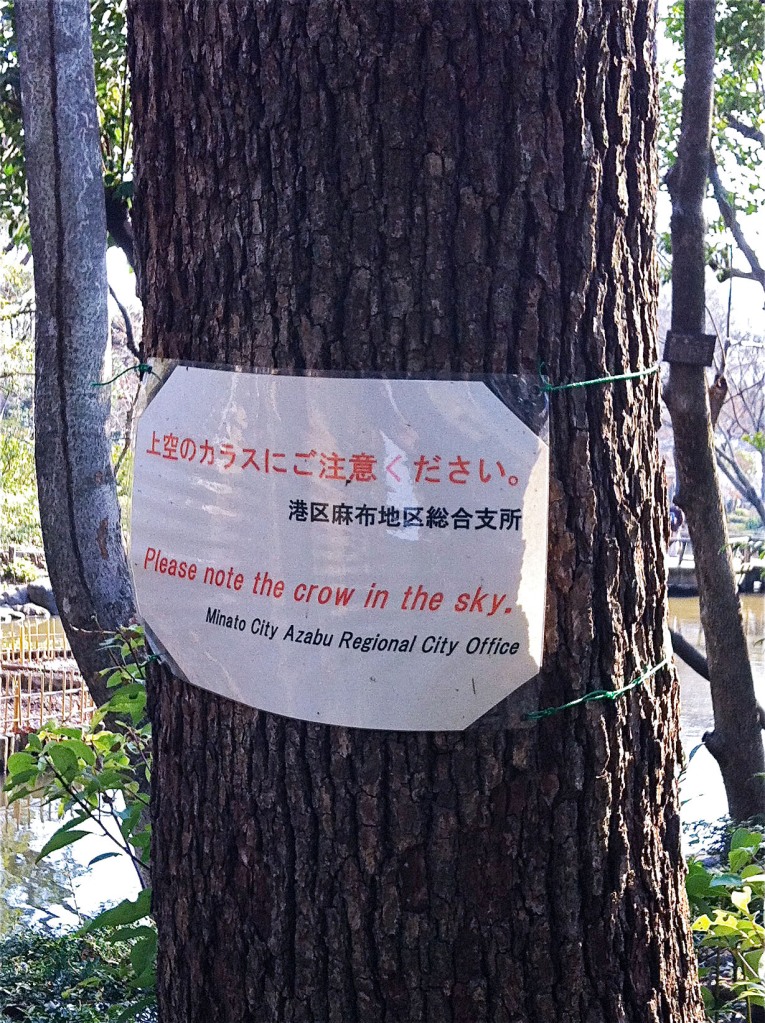 At first I thought this was a somewhat feeble effort at public poetry by the Minato City municipal government, but it turns out there really is a crow menace in Arisugawa Park. I used to think the mayor of Tokyo was kind of crazy because of his public hatred of foreigners, post-menopausal women and crows, but now I’m kind of with him on the birds. They actually do come down on you like a bat out of hell and attempt to take a divot out of your head if you stroll unsuspectingly beneath their nests!

And the crows are diabolically smart. Local governments have been foiled many times in their crow eradication schemes, most notably in Kagoshima when a campaign to destroy their nests to prevent any more from being hatched failed dismally. The crows merely built decoy nests for the government workers to demolish, and moved their REAL nests elsewhere.

But the dive bombing is a minor problem compared to garbage pilfering. These days, we have to diligently stash our garbage under weighted nets like these on collection day… 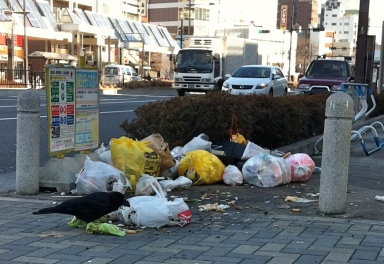 5 thoughts on “Enemies Of The People” Leave a comment ›

Jonelle Patrick's Only In Japan Enemies Of The People