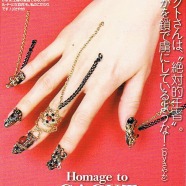 Posted by Jonelle Patrick on January 30, 2012 in Beauty Secrets | Leave a comment

What better way to say “X-Japan fangirl” than with this finger bondage nail design?

It’s a good thing voice recognition has been perfected, in case you need to do any keyboarding after installing your new Yoshiki tribute nails. This month, Kera magazine’s how-to pages have moved on from eyelid gluing to instructions for festooning your very own digits in top visual kei style with jewels, glitter and chains. 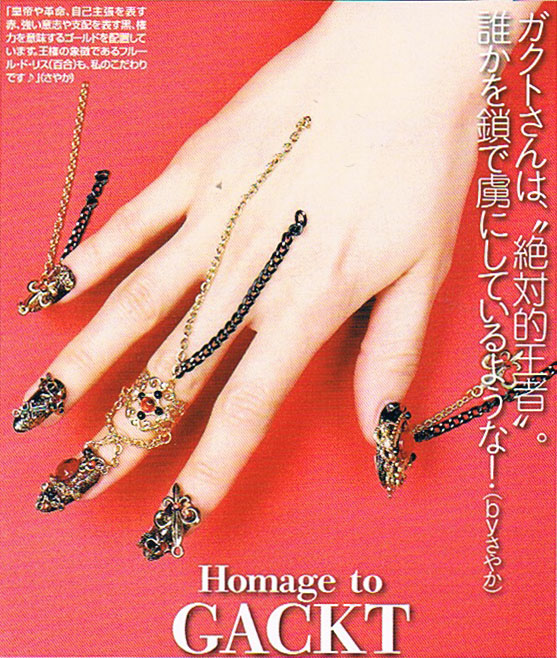 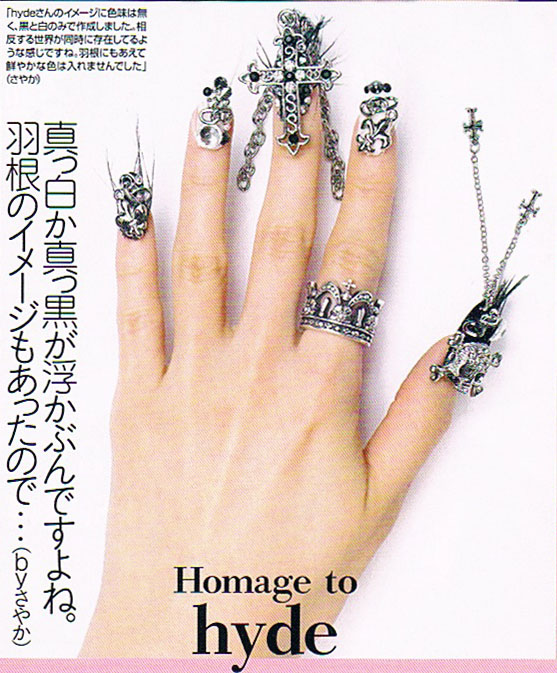 Guitarist hyde of L’Arc-en-Ciel might have a hard time axing around the stage in these beauties, but what they lack in practicality they more than make up for in sheer rococo blingitude.