Chocolate milk is soooo last millennium. Say hello to Banana Milk, Strawberry Milk, Apple-Orange-Peach-Pineapple Milk, and White Peach Milk, as well as the somewhat more challenging Black Sesame Milk, which looks as if an Oreo was accidentally dropped into it sometime last week. Milk drinks seem to have surged in popularity recently – I even saw a vending machine in the kitchenware district that delivered mini-bottles of the plain unadulterated stuff.

Water, however, continues to be a much more enigmatic drink in Japan. Alongside the Banana Milk, I spied the mysterious Bulgaria Water. Not sure whether it’s weirder that the Zero variety makes the ground-breaking claim to be water with no calories, or that the regular one is loaded up with fifty. 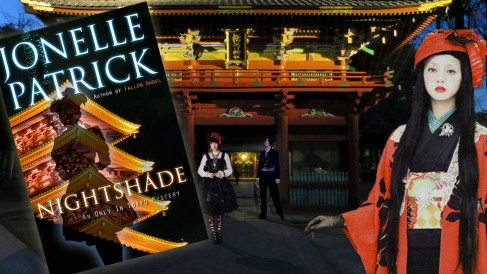 A young woman dressed as a Gothic Lolita is found dead in a car with a pair of strangers. But the more Yumi Hata learns about her friend’s death, the more she’s convinced it was murder…read more