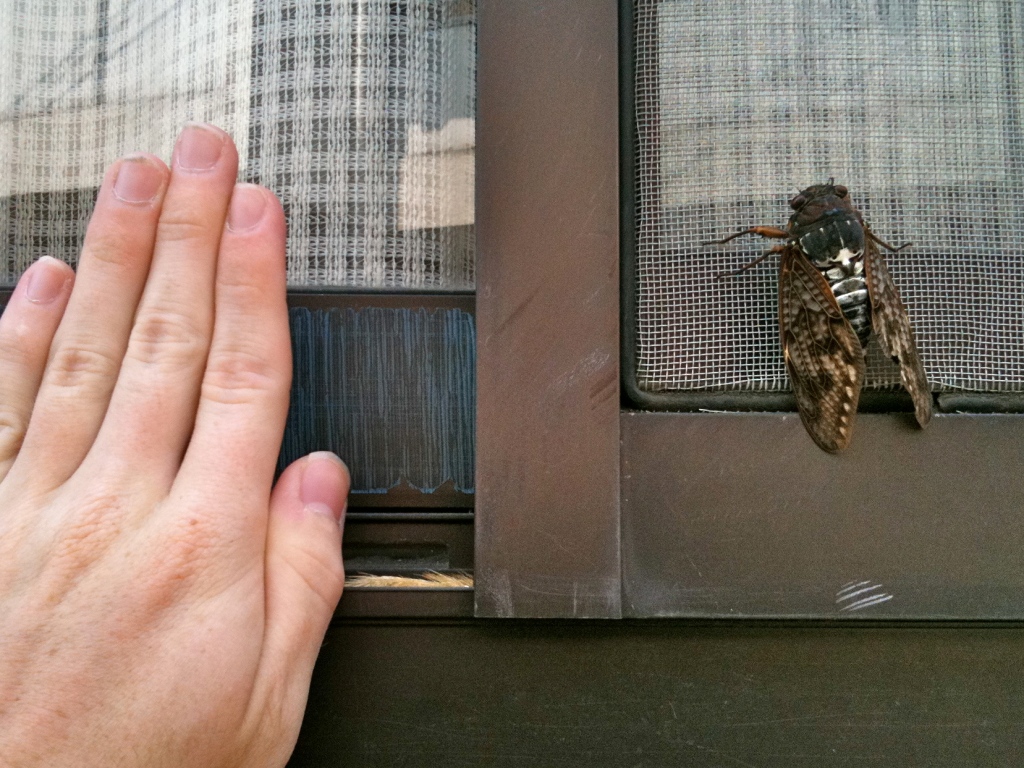 Cicadas. A seasonal fixture of Japan so relentless that centuries of haiku masters had only to mention the word to conjure up all the steamy lethargy of summertime.

If you’ve ever been here May-September, you know why. There are thousands and thousands of them hiding in trees and bushes, and they’re LOUD. Really loud. You can hear them through closed windows.

After a while, though, you get used to the constant screeching. It becomes a sort of reassuring background soundtrack to summer. Until you see one. That hand up there in the picture? It belongs to an 18-year-old, not an 8-year old. Now that I’ve seen a) how huge they are and b) that they can FLY…aieeee!

Jonelle Patrick is the author of  four novels set in Tokyo…

Jonelle Patrick's Only In Japan Flying Bugs As Big As Your…
Loading Comments...